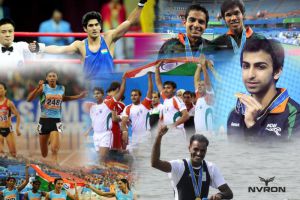 It surprises many people that, a country of 1.2 billion can fail to win a single gold medal at the London Olympics, or rank only as a 169th national foot ball team in the world.

For many years the Indian athletes were satisfied with the perks of mere participation, such as a lifetime train pass, free telephone calls, a plot of land and others. In most events, therefore, the goal is not to win, but to top the personal best. The gold, silver and bronze are left to those who train them physically and mentally. This middle class attitude to sporting contests still persists India's first woman medal winner at the Olympics, Karnam Malleswari, said after her bronze-winning effort at the 2000 Sydney Games that she had lifted 10 kg more in a previous competition but did not push for gold because "my coaches and I decided to play it safe". Lack of success breeds such insecurity. Regarding the event of 100 metres ,the Indian record of 10.3 seconds attained in 2005 was achieved in 1930 itself by the Canadian Percy Williams.Forget about Usain Bolt and his 9.58 of 2009.

At the Athens Olympics in 2004, KM Binu clocked 45.48 in the 400 metres, a mark achieved by Louis Jones of the US 49 years earlier. Sri Ram Singh's Montreal Olympics performance of 1976 which continues to tease Indian 800 metre runner's .Had already been breached 21 years earlier in 1955.The Wilson Kipketer's current record is more than four-and-a-half minutes faster. The great Jesse Owens was, in 1935, already doing 8.08 in the long jump, a full 69 years before Amrit Pal Singh made it the national mark in 2004.

We do not follow the scientific wisdom of the West. And many people do not actually take part in high-level sports in India. The money going to cricket leads to a direct loss to other sports. India culture doesn't allow sportspersons to pursue education Sportspersons start having doubts about their careers when they reach adolescence We are not a sporting nation in the way Australia or South Africa or Canada Or China is because of the indifferent attitude of the players and there is no rigorous system of training Because The system is geared towards producing gracious losers and not aggressive winners. India's best efforts are manifested in individual sports

What we do for sports 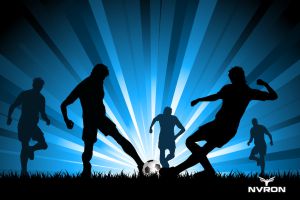 India lacks a sports culture which could be remedied only by bringing in changes in the education system, we believe that encouraging sports education will make sports is viable carrier. With the right professional attitude, we hope that India will learn to excel not only in sports but also in other games .